It was a winter of change at Shelter Point. First up was the installation of our new gin and vodka still – made locally by Specific Mechanical in Victoria, BC. We also planted 300 Common Juniper trees which will allow us to harvest even more of our Gin botanicals from the farm. We’ve been putting the new gin still through its paces and have been distilling up to 96% ABV (alcohol by volume). This is exciting as it gives us an exceptionally clean spirit that will be the backbone of our gin. Our previous vodka only achieved 87% purity, which left malty notes.

This will be our final year of raspberry harvesting.

As grain production increases to meet the demands for our whisky, we will convert 80 acres to cereal crop production. A winter rye will be planted and the hope is our first summer rye crop will be harvested in 2020 for the distillery! To prepare for the new crops, we have been assembling additional on-site storage bins. “Some assembly required” is an understatement! Pallets of pales, nuts n’ bolts, washers n’ flanges.

“Oscar Levant said ‘There’s a fine line between genius and insanity’ and no one walks that line better than Patrick Evans. By doing things in a more Scottish/traditional manner and by prioritizing whisky above all else, Patrick has gone nearly insane in his goal to producing high quality whisky. No one could fathom the amount of hard work, grit and determination this man has put into this business, and we are all better for it.”

Our distiller, James Marinus, took lead on the project with air gun in one hand and a crow bar in the other. Some descriptive words were required to help persuade bolts and holes to come together. We’re happy to report that no barley was harmed during this ordeal! James assembled the shiny galvanised beast that towers over 35 feet high, has a capacity of 100 metric tonnes of barley with air-drying capacities. Only two more to go! Back in the day James’ nickname was Tex. We’re not sure if it was after the Texas longhorn or the Texaco gas station he frequented often.

As the awards and accolades started rolling in after our inaugural release in 2016, we knew it was time to ramp up production and Leon Webb came along just at the right time. He has been instrumental in helping us put away record volumes to make sure we can keep up with future demand. Along with an unsuppressed appetite of all things whisky, he brings a Scottish accent and a lovely wife Lydia who stick handles our social media. Leon combines the heroic academics of Heriot-Watt University and an onslaught of fermentation wisdom, with a healthy slice of Scottish humour (albeit we do need an interpreter to make sense of this haggis eater!)

Dave Marshall (AKA handsome Dave), our steely blue eyed warehouseman, has a new ambition. His goal is to memorize each cask location, birthday, net weight, bung hole size, wood type, and grain density along with all the Latin names of all oak trees on the western hemisphere. We applaud Dave in his dedication and commitment to his quest. He also insists on playing classical music to the casks, saying they speak to him.

As for Jacob Wiebe, 10 years ago he came to the farm for a cute brunette, and was soon enchanted by the whisky as well. His tale also includes a shotgun and a wedding on Christmas Eve. Jacob is a jack of all trades. He manages day-to-day distillery activities, international sales, supports our Canada sales folks, berry picks, is a farmhand, plowman, cask filler, bottler, labeller, and marketing manager. Phew. He embraces the workload that I pound, push, squeeze, throw, pack, load and dump on him. Jacob’s favourite saying is “do not ask the load to be lightened but a stronger back to carry the weight.”

Brian Ingle is known as our spirit advisor. He has been here since the beginning, selling dreams of single malt madness mixed with a passion for the farm and distillery. Brian was here when parched folks would come to the doors of the distillery requesting sustenance. The shelves were bare of our spirits, as we were a fledgling distillery. How many times did he reply to “You’re a distillery, what do you mean you do not have any whisky!” And so Brian would make a new friend and tell the Shelter Point Spirit story. A role he continues to this day.

That brings us to the final cast of characters. I am Patrick Evans. As I had the pleasure of introducing the team, I will leave my bio-quirks to my fellow comrades.

“Patrick is a shy, modest farmer who took an idea, a dream, and through hard work, vision and courage turned that dream into a reality. He did this by not being a boss, but rather a co-worker who listens to suggestions, rolls up his sleeves and is capable of filling in at any task; always hands-on and open minded.”

“Patrick is a man on a mission, always busy, full of ideas and entertaining. A real gem – bless his heart!”

“His excessive energy, humour, loyalty, and determination are a few things that come to mind when I think of my dad. I’m often told he has a great sense of humour. But those people haven’t had to bring their boyfriend home to meet him. His energy, loyalty and impeccable determination are a few of his many great qualities. I can honestly say I’ve never met anyone quite like my dad. His endless creativity and imagination are what I admire most.”

“Patrick is an entertaining and energetic owner who has helped me learn new things during my time on this farm, which I’m thankful for.”

“Patrick is very resourceful and creative when it comes to getting things done. It might be these traits that lead to our success”. 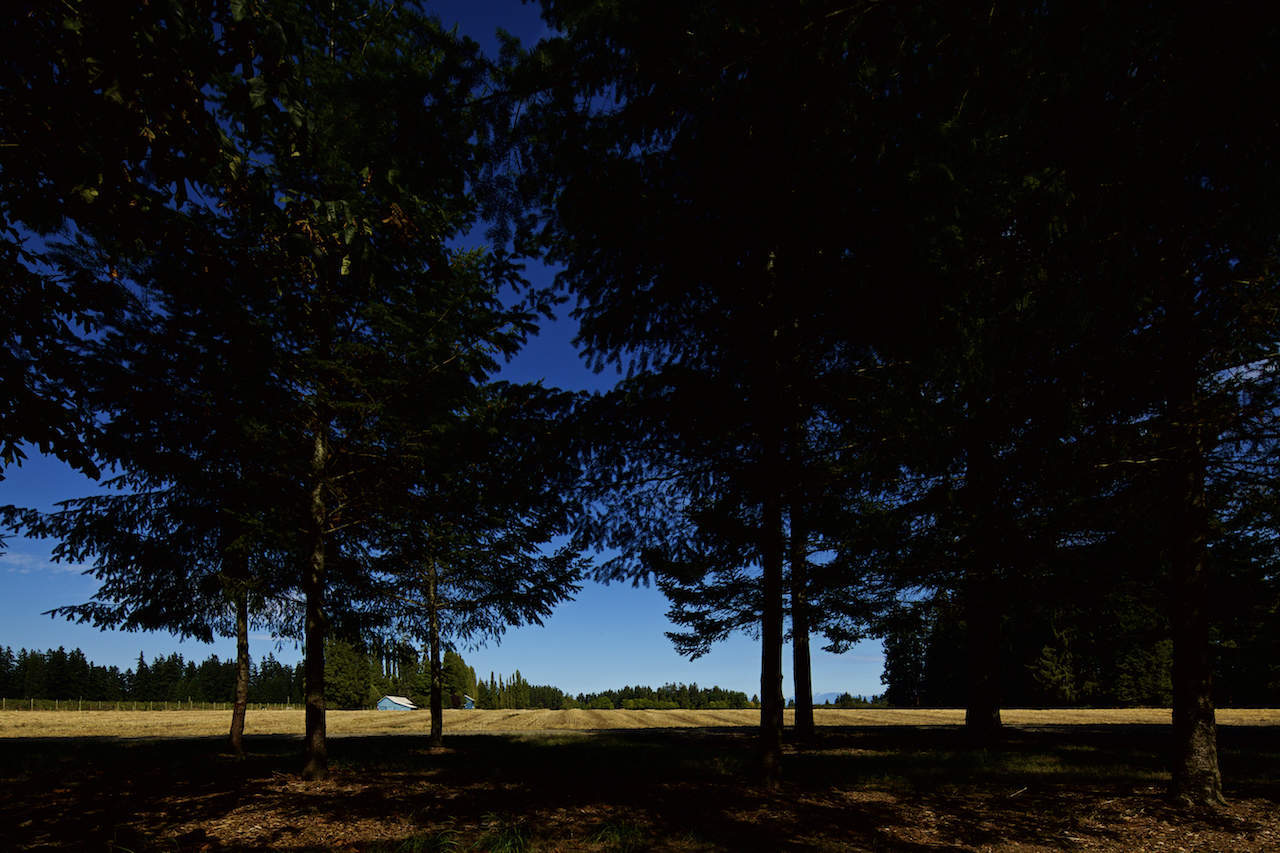 At Shelter Point, we believe in working together to help and support our local community and businesses.   In light of recent developments with COVID-19, we want to keep you, our customers, our families, and our community safe. We continue to be open for online...

Shelter Point 'Old Vines Foch Reserve Whisky' has been awarded a Gold Medal and is the Category Winner in round one of the prestigious World Whiskies Awards. Shelter Point also won Gold Medals for their Artisanal Single Malt and their Single Grain Smoke Point Whisky.... 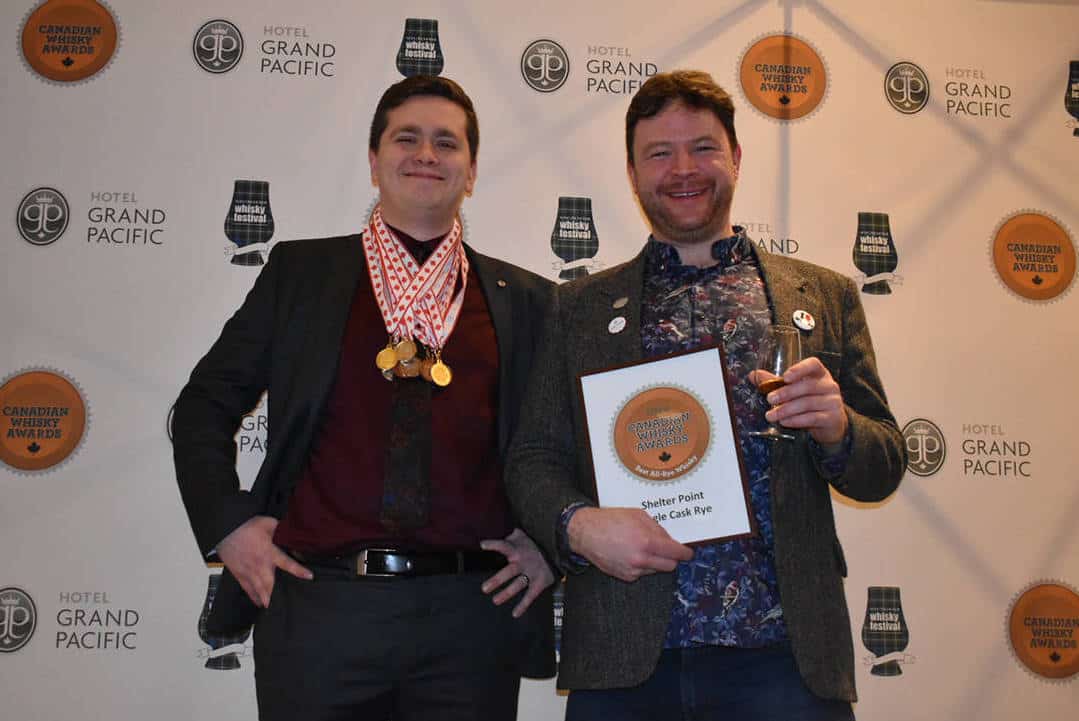